﻿ Visual Essay: The Fantastic Four Trailer And Its Influences - PewPewPew

Visual Essay: The Fantastic Four Trailer And Its Influences

After months of radio silence and only a few leaked images, we finally got a glimpse of the Fantastic Four reboot today. Director Josh Trank has offered great insight into the production over at Collider, while the starving fan community finally gets to see what he’s been working on.

I really enjoyed this trailer and, at first, couldn’t really put into words why I did. I am not a huge fan of the Fantastic Four. I fondly remember the trashy genre entries in the early 2000s but I don’t think I’ve ever picked up a Fantastic Four issue at the local comic book store.

Still, this trailer and its style sold me the movie. Let’s be honest here, I would’ve watched it anyway – but this trailer convinces me that Josh Trank can repeat his success he had with Chronicle and create something the genre hasn’t seen so far. After all, they gave him the second Star Wars spin-off and that’s also based on what he’s done with the F4.

So, because I liked the trailer so much, I watched it a bunch of times… and started noticing similiarities.

First off, this visual essay is not supposed to prove that Josh Trank’s Fantastic Four is blatantly ripping off other movies. Its purpose is to celebrate the genius of the marketing team that crafted one hell of a trailer that turned around a lot of people (including me) who were in doubt about the production.

They have done that by taking cues from some of the most successful and effective teaser trailers in recent memory. I am still very much on the fence about this whole project. Although it is understandable that they want to reserve the heavy action shots (and because they’re CGI-heavy and just not ready yet), it seems weirdly restrictive that almost none of the team members are shown using their powers. It doesn’t necessarily feel like a Fantastic Four movie. Yet.

What I liked most about this trailer though is that it strongly puts the subject matter more into the realm of science fiction than the superhero genre; which is a very interesting and appealing take on the genre and story compared to the previous movies if it reflects the ultimate outcome that we get to see it in theaters on August 6th.

I don’t know about you, but when I first saw the Interstellar teaser, I made the decision not to watch any more promotional material. Not despite but because it almost entirely used archive footage to tell us the theme of the movie. I knew I was already on board based on knowing the production history of the project and my appreciation for the cast and crew but what was most appealing to me remains the core theme of the movie. It’s just so goddamn inspiring and that voice over, delivered by Matthew McConaughey’s raspy Texan voice that oozes American pragmatism and a no-bullshit attitude, sold the movie for me.

We’ve always defined ourselves by the ability to overcome the impossible. And we count these moments. These moments when we dare to aim higher, to break barriers, to reach for the stars, to make the unknown known. We count these moments as our proudest achievements. But we lost all that. Or perhaps we’ve just forgotten that we are still pioneers. And we’ve barely begun. And that our greatest accomplishments cannot be behind us, because our destiny lies above us.

20th Century Fox tries to capture some of that magic here. Just like McConaughey, this existential monologue is reminding us about our role in the universe, and our ideals of utmost importance. However, it’s not solely uplifting. There’s a threat and sense of menace here that is needed within the superhero model. And it works.

How did we get this far? Human beings have an immeasurable desire to discover, to invent, to build. Our future depends on us furthering these ideas(ideals?). Our responsibility that rests on the shoulders of generations to come. But with every new discovery, there is risk. There is sacrifice, and there are consequences.

The music, while ultimately creating a very different feel toward the end of the trailers with Zimmer’s more uplifting and Olafur Arnalds’ more menacing music, begins with a slow piano and a dramatic effect of violins.

By the way, the great Philip Glass is composing the soundtrack for this film and that has to say something about the quality of the rough cut.

The comparisons with Interstellar don’t end here but there are also other aspects that remind me of various movies, such as…

No movie shall go without a blue energy beam. It is the law.

It’s a great hero shot but it could’ve done without the blue beam, right? 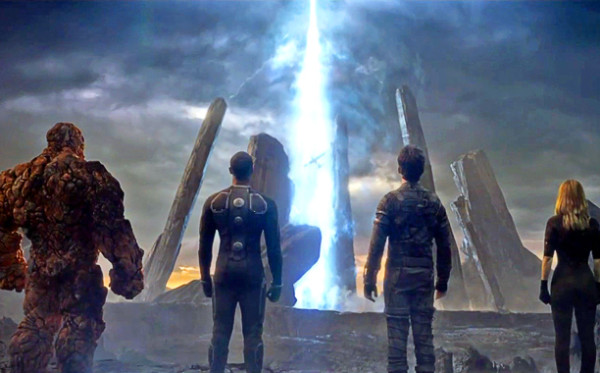 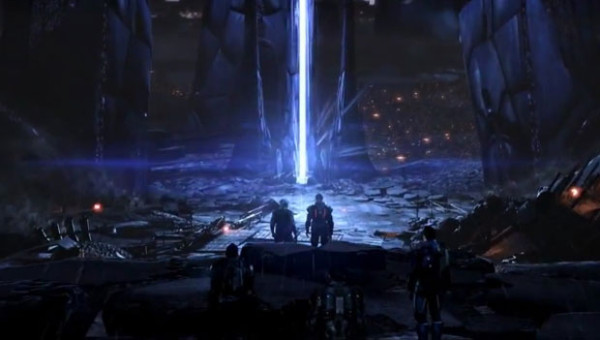 …the energy MacGuffin beam has also been used by Marvel in almost every film over the last few years, most prominently in The Avengers. And it’s getting tiresome. Furthermore, Mass Effect 3 is just one of the many games using this motif. 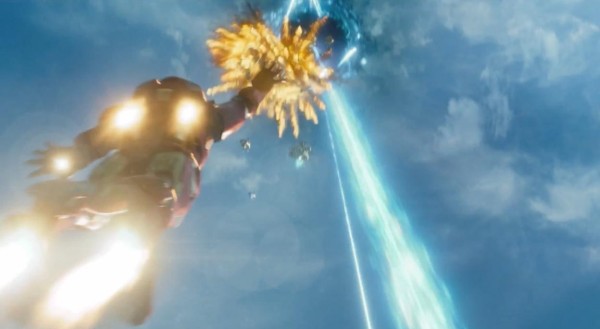 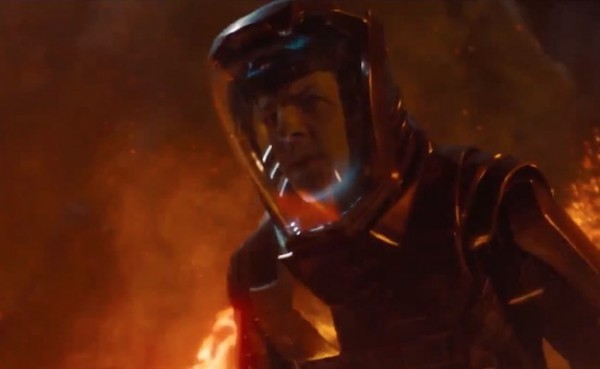 …while wearing a cool oxygen mask. 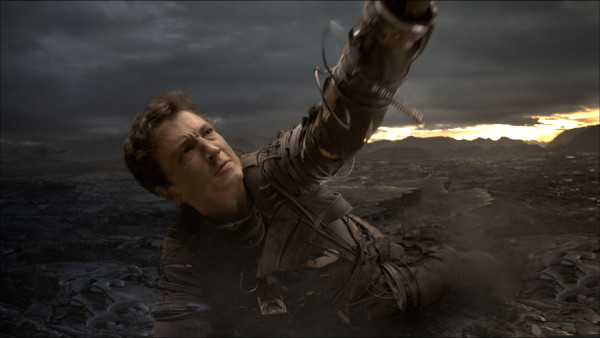 …for which Prometheus is probably to praise. 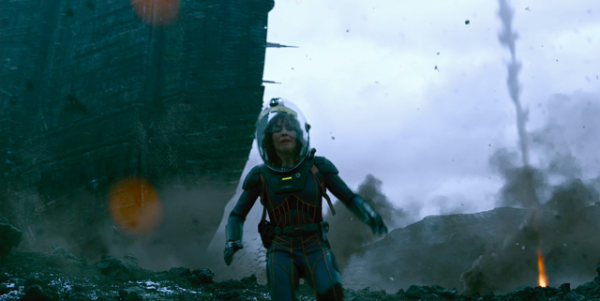 Cornfields appear so often in movies, they can basically make up their own genre by now.

The all-American sport shows us these are not just nerds but real people with real stuff and real things that eat grits and gravy. Behind him we can see the Gotham General before the Joker blows it up. The school bus is ready.

So, again: I firmly believe that Josh Trank brought his own vision to this film and if Chronicle is any indication, he will knock this one out of the park. However, it is very interesting the marketing department cleverly pulled some of these finished shots together, thus creating a feel we already knew from recent blockbusters while still adding in their own spice.