﻿ Review: Fantastic Beasts: The Crimes of Grindelwald is Franchise Building At Its Worst - PewPewPew

Review: Fantastic Beasts: The Crimes of Grindelwald is Franchise Building At Its Worst 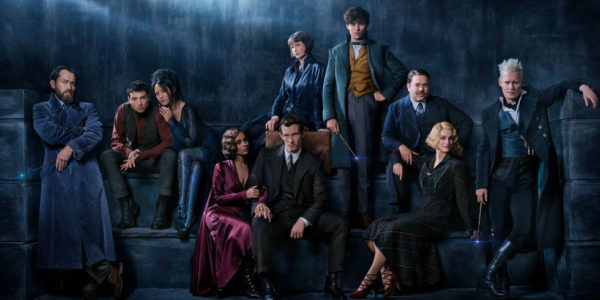 Back when Marvel’s cinematic universe was still only a few movies old, its architect Kevin Feige had to do the impossible: Tell an intriguing sequel to Tony Stark’s story while also setting up his larger ideas for the formation of the Avengers and beyond. Ultimately, it ended up being The Avengers 0.5 and a forgettable while still fine disappointment that only gets mentioned as an example of how not to do it. J.K. Rowling, apparently, is not much into superhero movies. Otherwise, this franchise buster would have been prevented.

Fantastic Beasts should be a whimsical and adventurous movie about catching Pokémon with a wand and falling in love with a world that has so much more to offer than the rehashing tale of a dangerously looming dark wizard. And yet we are here: Iron Man 2 levels of bad franchise building full of horribly confounding flashbacks, characters, and spells. Newt is yet again a completely one-sided and underdeveloped secondary character in his own story that is in desperate need of an A plot. The eponymous beasts are reduced to simple plot devices, CGI showcases, or simple jokes. Yates’ direction feels aimless without the gravity and aesthetics of Hogwarts at its core and the overall plot is a complete mess that needs major rewrites to get some sort of pacing.

On top of that Rowling included yucky comparisons of wizards and the holocaust as well as completely backwards relationships and forms of representation. The film forgets about a bunch of characters midway through and ends on the possibly cheapest cliffhanger ever. Yet the biggest crime committed in this movie is how fucking unbelievably boring all of it is.

Harry Potter may have been the boy who lived but Fantastic Beast is the franchise which died.